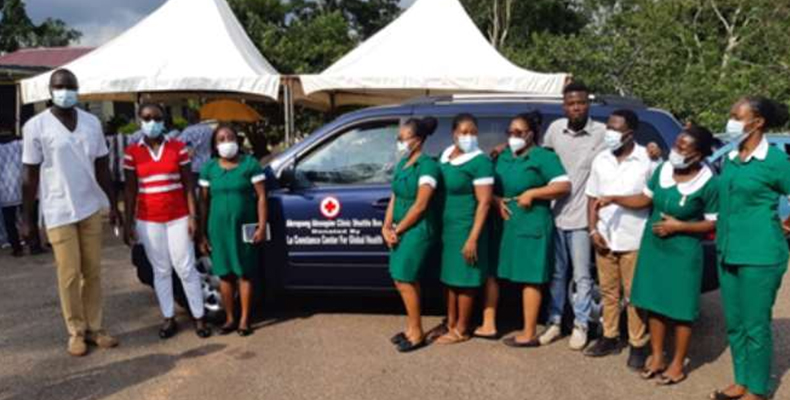 The Akropong Akwapim Health Clinic has received a mini van to serve as a shuttle for the staff of the facility.

The main aim was to improve the attendance and performance of staff of the Clinic.

It will be recalled that about 15 years ago, a similar vehicle was provided by Dr. Aniapam and the Kwakwaduam Association of New York that helped tremendously in the attendance at the Clinic.

The handing over ceremony was organized on Tuesday, the 7th of September by Ms Glenys Riberio Ayeh, a former Teacher and Ms Felicia Anoff, former Headmistress of Osodoku Senior High School.

Also present was Barima Awuah Sarpong Asiedu Larbi – The Municipal Chief Executive who elaborated on the Health Statistics of the area and the role the van would play in improving such.